We bought a TRD Off-Road V6 4x4 for our long-term test, and we'd do it again. With strong go-anywhere credentials thanks to its all-terrain tires, Bilstein shocks, locking rear differential and crawl control, it doesn't break the bank like the admittedly impressive TRD Pro. The cab comes equipped with the 7-inch Entune touchscreen navigation system, and a single comprehensive option package can add a tilt-and-slide moonroof, heated seats, automatic climate control, rear parking sonar, and blind-spot monitoring with rear cross-traffic alert. Available in the full range of bed, cab and transmission choices, too. Ever the sales leader in the midsize segment, the Tacoma trades heavily on Toyota's well-deserved reputation for building small trucks with superior off-highway capability and rugged dependability. Able to do much more than haul building materials from the home improvement store (which it does quite well), the Tacoma gives off an off-road lifestyle vibe that it can back up with actual performance. You can see it in the truck's stance, its ground clearance and the cut of its front bumper. And frankly you'll also notice it when you hoist yourself up into the cab, which is handsome and functional enough but has an odd driving position born of the need for maximum underbody clearance. The story is the same whether you buy a 4x2 or a 4x4 because in 2016 all two-wheel-drive Tacomas adopted the jacked-up stance of their four-wheel-drive brethren. This year's Tacoma lineup has been expanded. The entry-level SR is the work truck of the bunch, with the value-oriented SR5 offering more equipment and more choices. Next up are the identically priced, very popular and well-equipped TRD Sport and TRD Off-Road variants. The two are identical on the inside, but hardware differences make the TRD Off-Road come across as the better deal. The more street-oriented Limited used to be the top dog, but that honor now belongs to the TRD Pro, a highly capable off-road machine that returns even better than before after a one-year absence. Bare-bones isn't quite the right way to describe the low-dollar SR, the most modestly equipped Tacoma of the lot. Even so, it can be had with an extended cab with a 6.1-foot bed or a crew cab with a 5-foot bed, and you can choose between two-wheel drive or part-time four-wheel drive with a low-range transfer case. Its 2.7-liter four-cylinder engine with 159 horsepower can be paired with a five-speed manual or a six-speed automatic, or you can get a 278-hp 3.5-liter V6 and the automatic. The SR is most easily identified by its dark grille and 16-inch steel wheels. But even this basic Tacoma comes with a sliding rear window, a tough composite bed that needs no bedliner, a movable cleat tie-down system and a backup camera fitted in the tailgate release handle. Inside, the four-way cloth seats have driver-side lumbar adjustment, and the steering wheel tilts, telescopes, and has control buttons that work with the basic Entune stereo, which supports Bluetooth and has a USB interface. There's even a built-in GoPro camera mount at the upper edge of the windshield. Cruise control and remote keyless entry are available as a package option, and the SR is the only model where you can delete the extended cab's rear seat if all you really want is a work truck. For most buyers, the SR5 is the most common starting point. Engine choices remain the same, but the six-speed automatic is standard. In addition to the previous configurations mentioned, you can also get a long-wheelbase version that pairs the crew cab with the 6.1-foot bed. Outwardly, the SR5 gains a chrome rear bumper and a flash of chrome on its charcoal-colored grille. It's got foglights set into its front bumper, and the 16-inch steel wheels can be upgraded to alloys. Remote keyless entry and cruise control become standard, its steering wheel is wrapped in leather, and the sliding rear window uses privacy glass. There's a 4.2-inch information screen between the gauges, and the enhanced Entune audio system supports satellite radio, smartphone-enabled navigation via the Scout GPS app and Siri Eyes Free voice control. Next up is the TRD Sport. It is offered in the same cab and bed configurations as the SR5, but the V6 is the only engine. All two-wheel-drive versions use the six-speed automatic, but four-wheel-drive buyers can choose between the automatic and a performance-oriented six-speed manual. It comes with 17-inch alloy wheels, body-color fender flares and rear bumper, turn signals in the mirror housings and, everyone's favorite, a hood scoop. There's a 400-watt power outlet in the bed and the crew cab's sliding rear window is power-actuated. Automatic transmission-equipped trucks gain smart entry and pushbutton start, and all TRD Sports make the jump to full navigation via the Entune premium audio system's 7-inch touchscreen. The TRD Off-Road offers the same configuration and engine options as the TRD Sport, and its truck bed and interior and audio trimmings are identical. Visual differences include a chrome rear bumper, textured black fender flares and the absence of the Sport's hood scoop. Off-road performance changes loom large in this trim, and these include knobby all-terrain tires on 16-inch alloy wheels, the deletion of the front air dam, extra skid plates, a lockable rear differential, Bilstein monotube shocks, and an advanced off-road traction control system with multiple terrain settings and crawl control. Both the TRD Sport and TRD Off-Road can be upgraded with an option package that includes a sunroof, automatic climate control, heated seats and a blind-spot monitoring with rear cross-traffic alert. Another version of this package also includes a JBL speaker upgrade and a subwoofer. 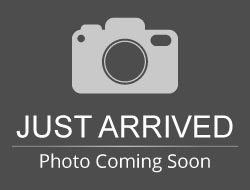 Ready to drive this 2017 TOYOTA TACOMA? Let us know below when you are coming in, and we'll get it ready for you.